HOPE, HOPE PLUS beneficiary children, their mentors, other HOPE activists and parents in the Thiruvananthapuram District, under the auspices of the CETA Galaxy Charitable Trust, joined at College of Engineering Thiruvananthapuram on Saturday, November 16, 2019.

Though the main objective was to assess the South Zone Camp at Adoor, the One Day Camp also helped the children of the Hope Plus scheme to tell the upcoming progeny, the Hope Children, the paths they had traversed and be their guide.

53 children from Hope, 26 children from HOPE PLUS, twenty parents and few teachers participated in the event held at the CET's magnificent CETA Hall and a dedicated classroom for activities. Although many of Hope's active members were actively involved, it was the children who spearheaded the event.

The ice-breaking program introduced by University College first-year student Sayantana and first-year student Rishal of CET was synonymous to the performance of a professional trainer. The HOPE PLUS children were the ones who handled all aspects of the camp, from registration to career guidance. The camp, led by the children, proved that the project had taken steps closer to its ultimate goal.

The South Zone Camp Review, led by Shri. Thrideep was noted for its active involvement of children, some of their teachers, and their parents. The children also shared with them the positive things that the camp had done for them and the remarkable suggestions that would make future camps better. There are suggestions from many that include more activity-based learning, giving more time to each activity, and skipping a series of lecture classes.

Another major appeal was that a counselor's service should be included in future camps. Children, parents, and teachers alike commented on the importance of counseling and guidance on teenage issues. One of the key requests of the engineering students at CET was to add more guidelines for the future plans of engineering students like IES and GATE, just as IAS coaching does.

After lunch, the children were grouped into two groups for various activity-based programs tailored for the children of grades 8, 9, 10 and 11. Another highlight was that the Income Tax Assistant Commissioner, Mr. Raghu M, delivered a comprehensive message on "Future Careers and Preparations" for children in Class 12 and HOPE PLUS. Mr. Raghu, a young IRS officer, was very helpful and light-hearted to the class.

CET second-year student Ibrahim Khalil and university college third-year student Vishnu Mahesh spoke about the guidelines on 'How to Hop to HOPE PLUS', as well as the higher education potential in the science and humanities streams. Each Hope Plus member expressed a willingness to mentor a Hope Scholar. Accordingly, 35 children of CET and 10 others of HOPE PLUS were selected as Mentors of 45 Hope Beneficiaries in Thiruvananthapuram District.

Smt. Jayasree Teacher, a CETAA secretary of Trivandrum Engineering College, contributed greatly to the success of this program. We are confident that CET will continue to play an important role in the HOPE activities in Thiruvananthapuram as stated by the teacher. Tanseer's help from the CETAA office along with the teacher facilitated the camp's activities. 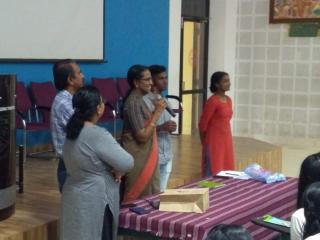 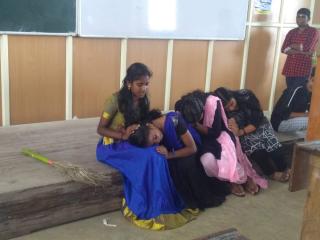 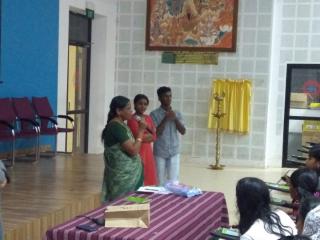 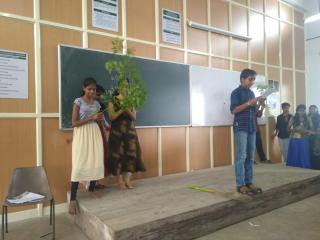 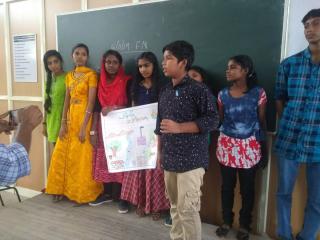 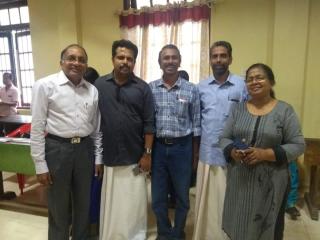 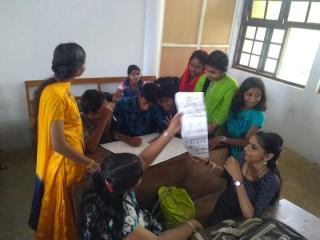 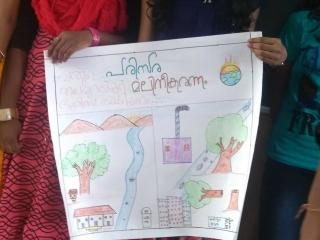 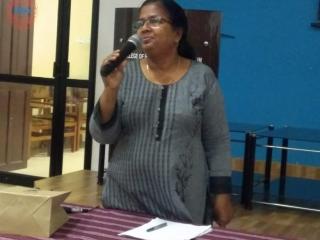 Use the following email address for queries related to respective programmes